Why Are Magstripe Readers Becoming Obsolete? 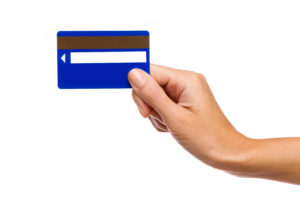 A magstripe is a magnetic stripe on the back of a credit card that stores card data, and can be read by card readers at payment terminals. They have been around at least as long as credit cards, but are becoming obsolete as they’re replaced by newer technology.

There are a lot of reasons that magstripe readers are becoming obsolete. By the end of this article you’ll not only know why they’re being disappearing, but learn more about the technology that’s taking their place.

Magnetic cards essentially store data using magnetized, microscopic iron particles. When the card is swiped through a reader, these particles are “scanned” by a magnetic reading head. Unlike a bar code, which is read by a bar code scanner using light, credit cards with magnetic stripes use magnets in order to work.

The problem with magnetic technology is that in order to function, the stripe has to make physical contact with the reader. That means that the stripes break down, and over time they eventually stop working.

As a result, banks have to issue fresh cards every couple of years. Also, since the magnetic strip is exposed to the 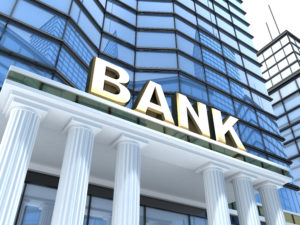 elements, the card data that it stores can be easily corrupted. Strong magnets can also corrupt data on the cards, interacting with the magnetic field and disrupting the magnetized iron particles that the strip is made of.

Another danger to magnetic cards is static electricity. A strong enough electric charge coming in contact with a strip could damage it. That includes your freshly-dried laundry!

In recent years, chip-based cards have begun to replace the magnetic swipe system. These cards use a computer chip instead, making them more advanced than the old magnetic card system. They also use a different data format.

Also known as EMV and smart payment cards, chip cards store customer and payment data on a tiny integrated computer circuit. These are inserted rather ran swiped, and are read via “near-field communication” technology, or NFC. The customer then enters a pin code, and after the transaction is confirmed, the total is taken as a debit from their credit card or bank account at the cash register.

Using NFC means the chip is “contactless,” meaning it doesn’t have to make physical contact with anything to be read. This is why chip cards can last longer than magnetic strips. Currently, chip cards still have magnetic strips as a back-up and for systems that haven’t adopted a chip reading system yet.

Chip cards are fast, secure, and convenient. However, there are still barriers to the adoption of chip cards.

The main challenge with chip cards is that they don’t work with a simple magnetic card reader. Instead, they require smart card technology, meaning retailers have to upgrade their point of sale equipment. Since chip cards are processed at more expensive types of terminals, small businesses might be hesitant to invest in the transition.

Chip cards do cost more to produce, however. Since these advanced chips are able to communicate with smart card 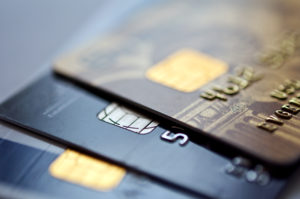 readers using radio frequencies, this is a more expensive technology to manufacture than the old magnetic stripe system. The higher cost per card is then passed on to merchants and consumers.

However, as always happens with new technology, the computer chips will get less expensive over time. The same goes for the smart card readers that businesses need to process payments on the newer cards.

Despite being more costly to manufacture, chip cards come with tons of benefits for all parties: customers, retailers, and even the banks that issue them. We’ll discuss these benefits next. 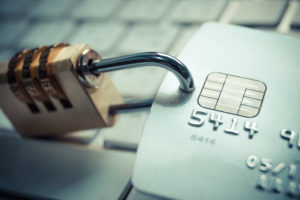 Chip-based payment cards are much better at preventing fraud than magnetic strip cards are. One of their fraud prevention innovations is a unique code that the card generates for every transaction made. With magnetic stripe cards, your actual payment info is transmitted every time the card is swiped in a credit card reader. By using a unique and cryptographically-secured code instead, it becomes harder for criminals to match transactions and payment info with any particular customer and credit card.

Cloned cards are credit cards made, illegally, that are functioning matches or “clones” for an existing card. The chip system makes it harder for thieves to do this. Here’s why:

Mag stripes are relatively easy to clone. With the chip, on the other hand, information like your credit card number is protected. Even if a hacker gets the info from the magnetic strip, if your card has a computer chip, the hacker can’t steal your identify from the stripe alone.

Even if your card is lost or stolen, a hacker would have to know how to take apart and reconstruct the computer chip in order to clone your card. Gone are the days when all it took was a simple swipe to have your identity stolen.

For card present transactions, where a customer has the physical card with them while making a purchase, chip cards are much more secure. That’s because with mag stripe cards, all the sensitive information a hacker would 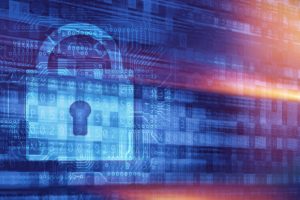 want is stored directly on the stripe. They’re relatively easy to hack, steal, or clone with modern technology now available to thieves.

Customers at chains as big as Target, which processes millions of transactions, have had their identities stolen as a result of using magnetic stripe cards. However, with a chip, the steal isn’t so easy. Since they use computer chips that cryptographically protect payment information, chip cards are nearly impossible to replicate through the old hacking methods.

Support for Many Transaction Types

Chip cards come with support for many different transaction types, making them very convenient to use. 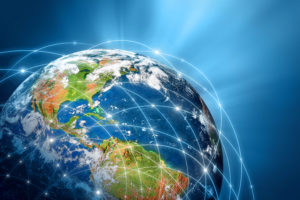 Because of their safety and security features, chip cards are becoming the international global standard for banking and retail. As this happens, price will keep going down and features will continually improve. This is yet another advantage, and it means chip cards will be accepted at more and more retail stores.

In addition, payment apps, cash drawers, and POS computer systems with integrated hardware like keyboards and receipt printers are all adapting to meet the needs of the chip card. With components that fit together via USB, an entire front-end operation can be built without the need for magnetic-based cards. From USB ports and lightning connectors to cryptocurrency, magnetic strips and their hardware will slowly be phased out entirely.

Computer chip based credit and debit cards aren’t just coming—they’re here. As they become more popular and are firmly enshrined as the new global standard, their superior security will only make magnetic cards more and more obsolete.

As this process continues, eventually card readers won’t even have a swipe option available.  Once this happens, the 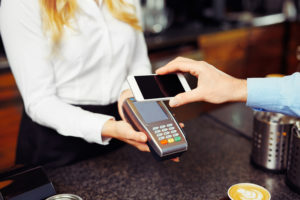 old magnetic style of credit card will become useless. Retailers won’t even have a way to accept them. The popularity of mobile apps that allow customers to pay with their phone or tablet will be a final nail in the magnetic card coffin.

The only real barrier to entry is price—and as the cost of implementing swipe card readers and issuing chip cards decreases, the days of the old magnetic stripe will be just about completely over. As a result, card payments will never be the same!