How will EMV technology impact my business? 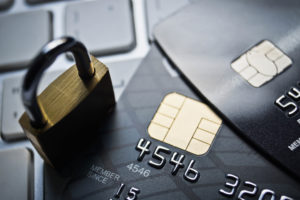 EMV chip-based credit cards are taking the payments world by storm. It’s clear now that the further spread of EMV is inevitable, so merchants are left wondering how it will end up affecting their business in the long run. This article will give you a full rundown on what EMV is. From there, we’ll tell you what you need to know about how it will impact your business on a day to day basis.

For EMV, the card is inserted into a contactless system rather than swiped. This is important—because the chip never has to make actual contact with anything, cards don’t wear out as fast. For further card authentication providing an added layer of security, the customer can then be prompted to enter their pin.

Contactless EMV microchips have become the global standard for credit card security. This is an improvement from the less secure magnetic strip, 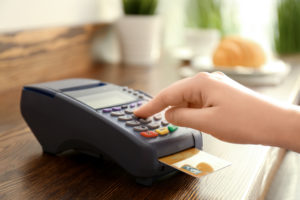 which has appeared on debit cards and credit cards since they were invented. The magnetic strip contains card payment data and while EMV cards still have the strip, sensitive cardholder data is now protected in the microchip instead of the much more vulnerable magnetic strip system.

The reason cards still contain the magnetic strips is so that merchants who can’t afford to upgrade to EMV card readers yet will have time to catch up. Eventually, magnetic strips will most likely be phased out completely in favor of EMV readers and verification methods.

Why is EMV the New Standard for Credit Cards?

EMV cards are an enormous step forward in terms of verification and fraud reduction. First off, the old magnetic strips are easy to replicate if a credit card is stolen. Microchips, on the other hand, are extremely expensive and time-consuming to replicate. For a lost or stolen card’s EMV microchip to be duplicated, it would take tremendous technical skill and special equipment. 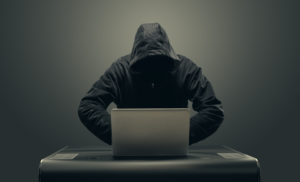 In addition, EMV cards can’t be hacked using card-skimming machines. ATM skimmers are essentially fake ATM card swipe readers that can be installed over an ATM machine by a thief. Since they seamlessly integrate with ATM machines, skimmers look and feel just like real ATMs. But when you swipe your card, your personal data is stolen and stored in the skimmer. Later, when the fraudster retrieves the skimmer, they have the debit and credit card info of everyone who used it.

With EMV cards rendering skimming attempts useless, the credit card industry has defeated one of the most powerful weapons used by credit card thieves. As a result data breaches will become less likely for the life of your business.

How Will It Impact You?

EMV magnetic chip cards primarily impact merchants taking payments in person, where a customer uses their physical credit or debit card. For service-based merchants, the impact will be minimal. There will also be very little impact for certain types of transactions. If your business operates primarily with one of the following forms of payment, EMV cards will have very little if any impact:

For other merchants, however—those that process cards in person, using card readers—the EMV system requires that they upgrade their point of sale terminals. Merchants who only have a swipe reader capable of reading magnetic strips will have to buy a new card reader that allows cards to be inserted for the microchip to be read. 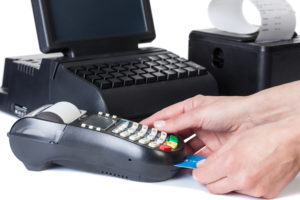 If you don’t upgrade your POS equipment, your business could be held liable in cases of credit card fraud. The reduction of fraud liability can make all the difference when just one data breach can bring on a lawsuit where plaintiffs are demanding tens of thousands of dollars. While some businesses might be hesitant to upgrade due to cost, EMV payment technology is becoming more and more affordable. You can also use it as an opportunity to modernize your front-end operations by accepting mobile payments through apps like Apple Pay.

For these apps to work, your registers and POS terminal needs to have NFC-compatible payment technology. This means “near-field communication,” and it essentially allows a machine to register data from a card even though no physical contact is made between the card and the machine. Since EMV and NFC are companion technologies, investing in smart EMV readers that can read both microchip credit cards and mobile devices alike.

Lastly, if you have even one instance of fraudulent activity due to not having EMV-compatible equipment, the cost of the upgrade could end up paying for itself. 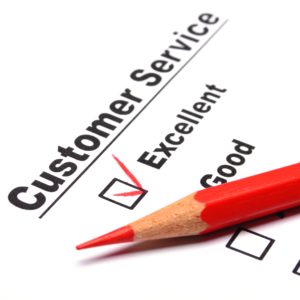 As an added bonus, this also means that EMV allows you to process more transactions in a day. That means more sales revenue, but it could also snag you lower credit and debit card processing fees and a better interchange rate from payment processors. Added cardholder security can improve your negotiating power for a lower interchange rate as well.

There is no escaping the rise of EMV technology for credit cards. But don’t fret! Consider it an opportunity to reach more customers, reduce liability and instances of fraud at your store, and process more transactions than ever. Change can be scary, but if you play your cards right, it can also come with enormous opportunities along the way!